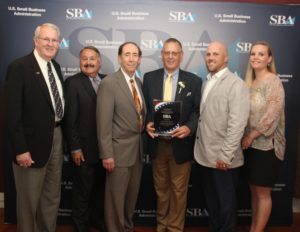 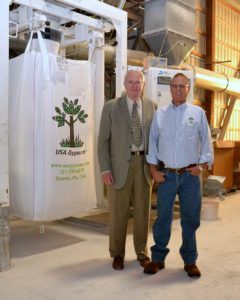 As President and General Manager of USA Gypsum, Terry Weaver has been advising clients in the construction and agri business, specializing in agricultural gypsum for over 30 years. When he started USA Gypsum, he reached out to SCORE to help assist and guide his vision.

Terry was recognized by the U.S. Small Business Administration’s Eastern Pennsylvania District Office for his award on May 3, 2017. He was accompanied by his SCORE mentor, Lou Davenport. 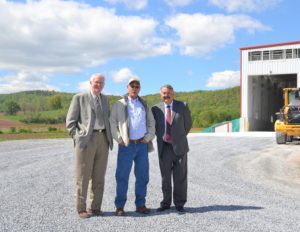 “It’s wonderful to have the privilege to recognize the achievements of leading Pennsylvania entrepreneurs like Terry Weaver of USA Gypsum,” said Antonio (Tony) Leta, U.S. SBA Eastern Pennsylvania Director. “Small businesses like Terry’s, that are able to thrive in the long-term, are essential to our nation’s economy. SBA and our resource and lending partners, like Kutztown University Small Business Development Center, are proud to play a role in helping them start and succeed.”

< Back to previous page
No automated calls or speaking to a voicemail box. Just real, knowledgeable people ready to help. Call 717-335-0379 today!